My mother was beautiful. Naturally, I wanted to look just like her. She didn’t wear a lot of makeup, but she never left the house without her perfectly painted pout. Her favorite color was Poppy (by Revlon) and every morning, before leaving for school, we would stop at the mirror in our foyer so she could apply her lipstick. When she finished she would turn to me and say, “never leave the house without lipstick.” I never asked why and would follow this rule for most of my life until I had my babies that is. I knew I couldn’t kiss them without making a mess of them so the lipstick had to go. 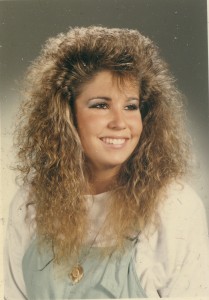 Artistically I was gifted.  I spent much of my childhood drawing and painting and transitioned to my face by the age of 12.  I grew up in the late 80’s when it was all about mile-high hair, electric blue eyeliner, and frosted pink lips. I kept up with my perms, highlighted my hair, and teased it into a frizzy pavillion every day. I worked really hard at perfecting my eyeliner by drawing and re-drawing the line that would give me the perfect cat eye. I spent countless hours doing this in my Clairol Studio Mirror. It wasn’t until the early 90’s, however, that I had my epiphany moment.

Cindy Crawford, Claudia Schiffer, Linda Evangelista, and Christy Turlington were the glamazons gracing magazine covers everywhere. They oozed beauty and power in a way I had never seen before. They had smooth lioness manes and their makeup was utterly glamorous and super sexy. I couldn’t get enough. I bought magazine after magazine. I wanted nothing more than to find out who the master was behind these looks. The name that kept popping up was Kevyn Aucoin (1962-2002). He worked with their God-given beauty in a way that left you speechless. He had the ability to transform them into anyone he chose. With the stroke of his brush, he brought the likes of Marilyn Monroe, Elizabeth Taylor, and Marlene Dietrich back to life. His artistry was on a whole other level. Fortunately for me he documented this and many of his tricks in several books. Namely, The Art of Makeup and Face Forward. Before long, other acclaimed artists began to surface; writing books and creating their own product lines. Francois Nars, Bobbi Brown, Carol Shaw, and Laura Mercier were just a few. I studied every one like my life depended on it. I began practicing and recreating different looks. I bought and began using every product they recommended. I was in my element and makeup became my passion.

The new millennium was in full swing. One day I was walking through Neiman Marcus and happened to stumble upon an event. Carol Shaw was there promoting her new makeup line LORAC. She was making her rounds. I don’t know if it was the sincerity in my smile or the fact that I was an aspiring makeup artist, or God putting me in the right place at the right time but Carol spent the rest of the event with me. She taught me everything I needed to know about choosing the right foundations and creating the perfect flush. Before I knew it, I was putting my new found skills to the test on anyone and everyone willing to sit in my chair. I loved it. I loved the feeling of making a woman feel even more beautiful than she already was. In 2006, Laura Mercier celebrated the 10th anniversary of her product line with a masterclass in creating the flawless face. I was front and center, hanging on every word. 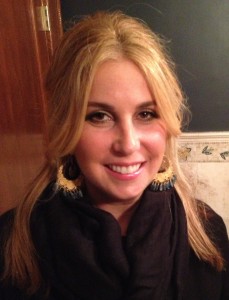 In 2011, with a lot of help from my loving family, one of my dreams was realized. I was going to Europe to study makeup artistry. London, specifically, boasts several talented and celebrated makeup artists and one had her own school.  It was here, at the Jemma Kidd Makeup School in London, U.K., that I studied several courses in Professional Makeup Artistry and solidified my skills. It was here that I found inspiration in London’s finest. Mary Greenwell, Pat McGrath, Charlotte Tilbury and Lisa Eldridge are at the top of their game.  This is the level of success I aspire to.  I am in hot pursuit of the next big thing. When passion fuels your work, yesterday’s work is yesterday’s work. I am looking forward to tomorrow.

I invite you to follow me on my journey through social media, and to read my blog for the latest and greatest in makeup (and everything in between.)

Everyone has a story…….

This is mine. Read more here.

Go Back to Top